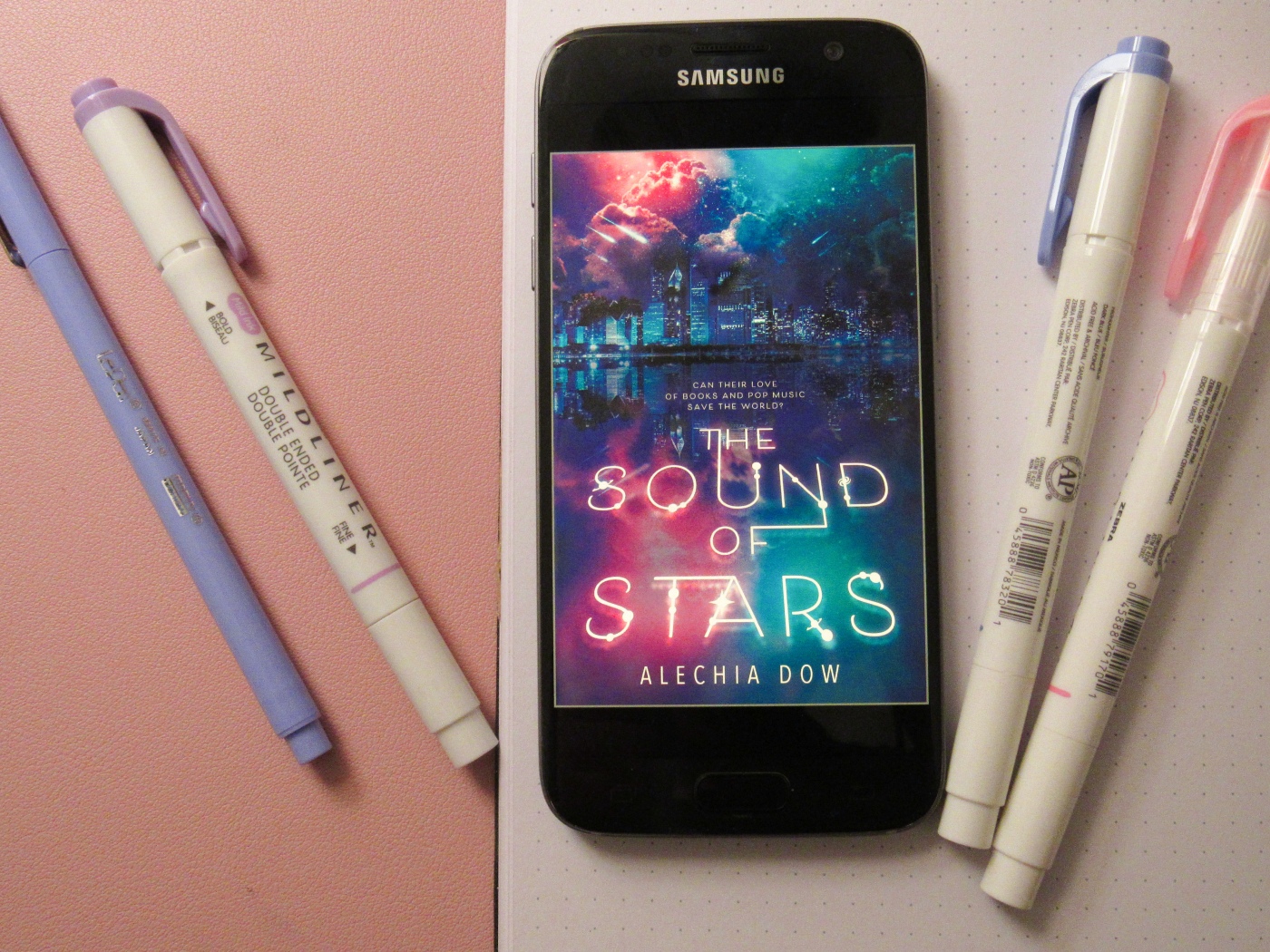 A Sound of Stars is a dystopian YA novel with a demisexual black protagonist who has no choice but to be her own hero.

The Ilori aliens have taken over the earth with the intent to colonize and create a dream destination for their kind. Ellie Baker lives in an Ilori run complex with the last of the humans of New York. Art, music, and books are illegal, but Ellie’s a rebel librarian and determined to put literature in the hands of those that need it. M0Rr1S’s an Ilori soldier and scientist tasked with creating a mind-controlling vaccine for humans.

M0Rr1S was created in a lab and trained to be emotionless, but when he stumbles upon Ellie’s library and reads The Hate U Give, his universe is fractured. M0R1S should turn Ellie in for execution but instead, they bond over the arts and their philosophies.

However, when the Ilori decide to move forward with their next phase, humanity’s fate lies in the hands of M0Rr1S and Ellie. With an awesome playlist, the two race against time as the two embark on a road trip to California to hopefully save the human race.

Although the Sound of Stars doesn’t contain awesome space adventures, it’s a dystopian novel with a lot of heart. M0Rr1s -for instance- is a colonizer who loves humans and does what he says he will-rebel. I had no choice but to root for M0Rr1s in this one, as there were many times when the easy thing for him to do was run, turn his back on humans, and forget his time on earth, but he stays and fights against the Ilori regime.

Ellie’s fantastic too! She’s a book nerd and often takes inspiration from the protagonist she reads to hype herself up for her next jump. But what I loved about Ellie is how strong she has to become in this story. Both of her parents have crumbled because of the invasion, and Ellie clings to the little pieces of them she can take.

In addition, Ellie’s black in a dystopian society. This means she not only has to be cautious against the Ilori but other humans as well. She can’t catch a break!

Something I also loved about this novel were all the bookish references we receive. For instance, when Ellie and M0Rr1s first kiss, she can’t help but wonder if Jesper and Wylan (Six of Crows) felt the same way as her.

CW: Beheading, guns, colonization, there’s also a scene in which Ellie’s put in a cage

until next time I’ll be living in libros,

END_OF_DOCUMENT_TOKEN_TO_BE_REPLACED

Chilling Effect is the Latinx space novel we deserve!

END_OF_DOCUMENT_TOKEN_TO_BE_REPLACED

One thought on “The Sound of Stars needs a sequel”

QOTD: Heros or Villians?
Currently reading Dragonblood Ring
I only three books in April so for my recap I made a mini presentation.
May the fourth be with you!
"Hoy fue un gran día," he whispers against my cheek.
So I went to the LA Times festival of books last Saturday and it was super fun!