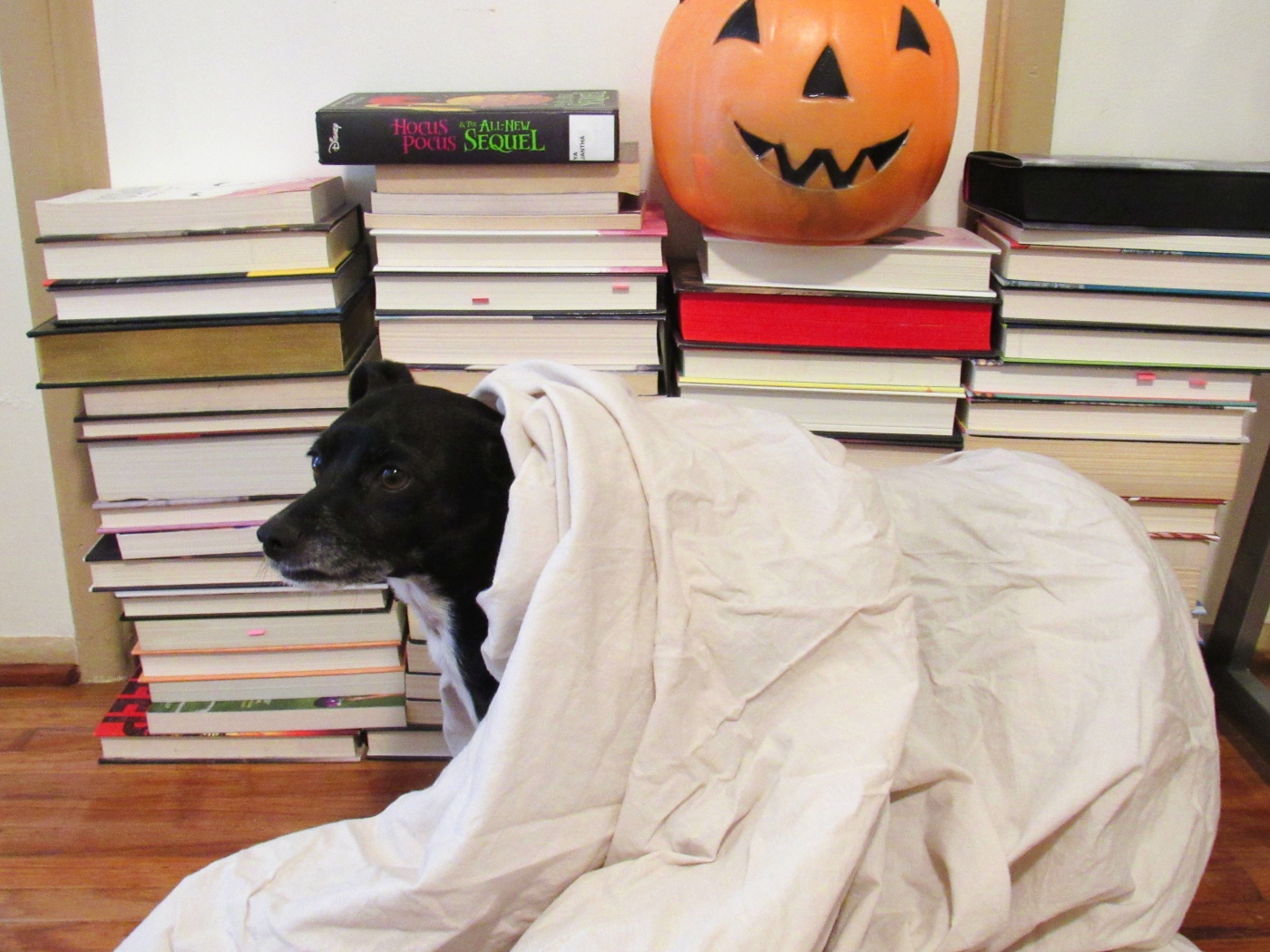 Hey book readers! I hope you have gotten a great start to your October, whether that be diving into your spooky book stack, decorating your space for falloween, or watching some spooky faves.

This past week, I’ve been neglecting my reading of Wayward Witch, and have instead been focusing on spooky crafts. If you follow me on IG, you got to see me work on some Halloween PJ shorts and scrunchies. Since I haven’t been doing much reading, I thought I share with my readers some perfect books, movies, and podcasts to get into the Halloween spirit.

*Disclaimer: This post contains an affiliate link. If you click the link and purchase Cemetery boys from bookshop, I earn a small commission. For more info on my affiliate links check out this post.

While stitching together my shorts, I got swept up in Michelle Mcnamara’s I’ll Be Gone in the Dark. I’ll Be Gone in the Dark is a true crime novel that brings attention to the crimes of one of California’s most violent serial killers and rapist. Although Mcnamara does delve into the atrocities of the Golden State Killer, she does so by humanizing the people whose lives were affected by his actions. Instead of rattling off the name of a victim, Mcnamara dives deep into their lives and who they were before their run-in with a coward.

I appreciated that because often, true crime documentary lack this. I’ll be Gone in the dark is more of a biography of the victims than of the killer.

If you are more of a visual person, HBO has turned I’ll Be Gone in the Dark into a limited series, and you can watch all of the completed episodes on their website.

Listening to I’ll be Gone in Dark is on the heavy side, and I did take some breaks between listening to the audiobook. But if you’re looking for a lighter read, check out Cemetery Boys by Aiden Thomas.

When will I stop recommending Cemetery Boys? Probably never.

Cemetery Boys is a YA novel with a Latinx transgender protagonist. The story centers around Yadriel, who accidentally summons the spirit of a local missing teenage baddie, Julian. Yads and Julian then must work together to solve the mystery of who murdered Yadriel’s cousin and why teens are going missing in their East LA community.

Falling in love with a ghost was enough for me to add this to my shelf permanently, but besides ghosts and mysteries, Cemetery Boys also features a close-knit community of Latinx magic users. In this book, magic is tied to Latinx heritage and strengthened through the celebration of a quinces. If this sounds like everything you could want in a book and more, run and grab your copy of Cemetery Boys here*

Hocus Pocus is probably the number one Halloween Movie on everyone’s list but let’s not forget other classical movies.

If you’re tired of watching Nightmare Before Christmas on Halloween and Christmas, start watching Corpse Bride.

Corpse Bride follows Victor, whose family has arranged his marriage to a young woman named Victoria. Victor is nervous about his wedding and ends up practicing his vows in the forest when he accidentally places his wedding band on a branch that then morphs into the ring finger of the diseased bride, Emily, uniting the two in marriage. Emily then drags Victor into the underworld while Victoria’s family decides to marry her off to someone else. Victor tries his best to return to Victoria, but Emily is not ready to divorce him yet.

Corpse Bride has the cutest gothic animation style and is the perfect movie to watch during Halloween season.

Vampires vs. the Bronx

This film is about local Bronx kids who are witnessing the beginnings of their neighborhood becoming gentrified when suddenly they realize they have a vampire infestation.

Check out the trailer here

This movie was released this Halloween season and is the perfect watch that’s both comedic and spooky.

Over the Garden Wall

Over the Garden Wall is a limited series rather than a movie, but because the episodes are about 10 minutes, you can easily binge the whole thing in one sitting. Please watch this show so we may discuss theories in the comments!

Over the Garden Wall follows two brothers Writ and Greg, who are lost in the woods. The brothers attempt to search for their way home but come across some strange characters such as the old woodsman who warns them to beware of the beast and Beatrice, a talking bluebird who helps them find their way home.

This miniseries has so many fall elements, the colors, skeletons, dancing pumpkins, and a mysterious beast that no one seems to know much about it. It’s the perfect watch for the spooky season.

Check out the trailer here

If you’re a fan of Reddit’s let’s not meet stories or the Let’s not meet podcast and enjoy paranormal WTF stories, check out Radio Rental.

Hosted by Rainn Wilson as his character Terry Carnation, an owner of a strange video store with tapes of people’s paranormal testimonies.

Every episode someone new narrates their story of a weird/ supernatural thing that occurred in their life.

Check it out on spotify

My favorite episode is Laura of the woods. Which I linked above.

If you love being creeped out or listening to your friends tell their stories of ghostly encounters, then you’ll love Spooked.

The Spooked podcast has people narrate their stories of their paranormal encounters with ghosts and dark entities. Background Sound effects spice up the tales. I’ve been currently binge listening to this podcast, and it’s super creepy.

I hope these recs were super helpful with getting you into the Halloween spirit. If you end up checking out any of the recs or have previously watched, listened, or read. Leave a comment down below. I would love to discuss. For now I’ll leave you with this Tainted Love cover.

Fall is one of my favorite times of the year, and now that it’s officially here on my side of the world,…

END_OF_DOCUMENT_TOKEN_TO_BE_REPLACED

Hello readers! Today I’ll be sharing my review for the highly anticipated book Cemetery Boys! Cemetery Boys by Aiden Thomas has made…

END_OF_DOCUMENT_TOKEN_TO_BE_REPLACED

4 thoughts on “Books, movies, and Podcasts to enjoy this spooky season”