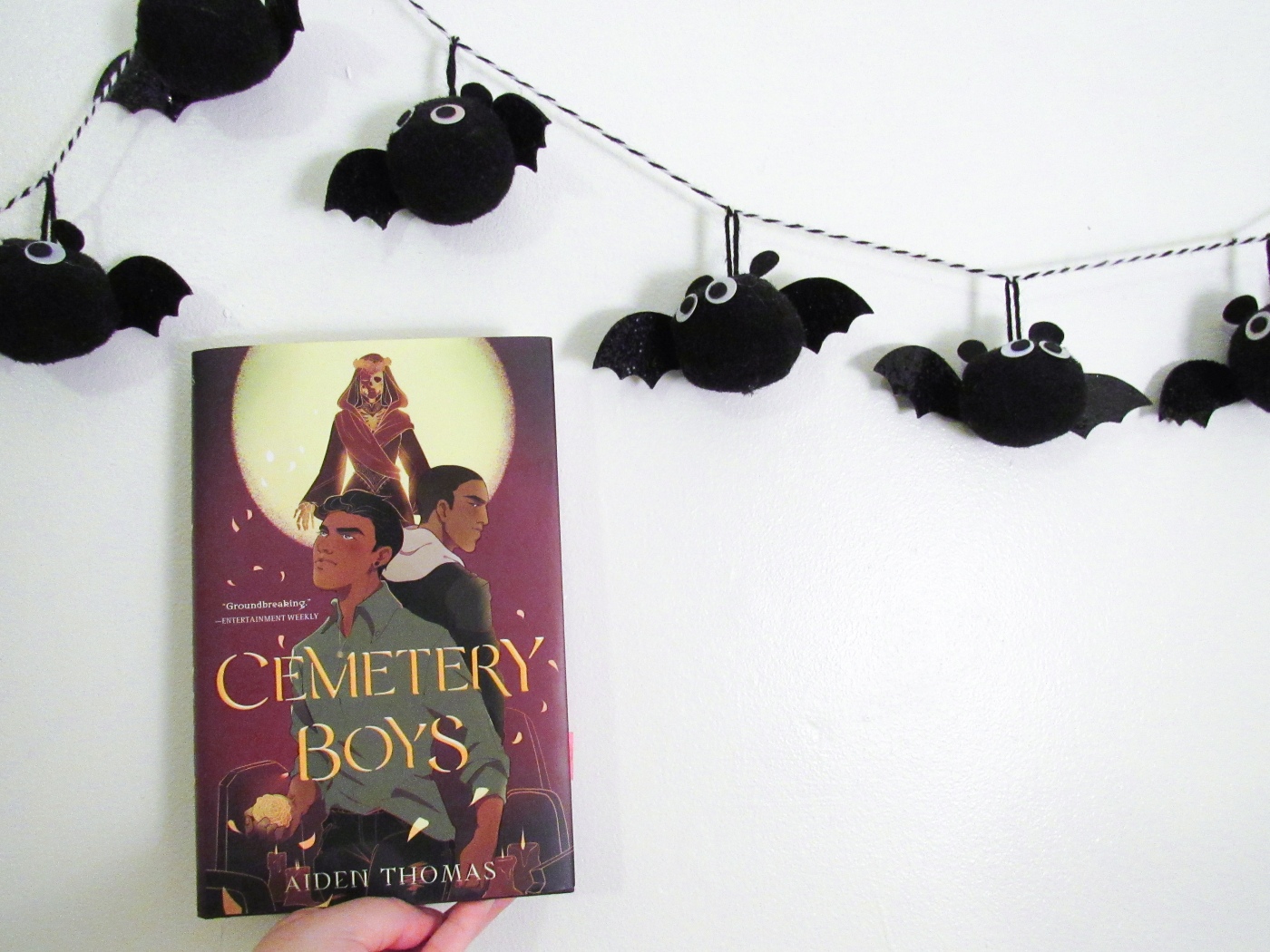 Cemetery Boys by Aiden Thomas has made its way onto the New York Times Bestseller list shortly after its release. But more importantly, this paranormal romance is also an Own Voices read and stars a transgender protagonist.

*Disclaimer: This post contains an affiliate link. If you click the link and purchase Cemetery boys from bookshop, I earn a small commission.

Yadriel Flores feels like the black sheep in his family. Yadriel’s comes from a long line of witches/ brujxs who have been blessed by Lady death with the ability to lead the dead into the underworld. However, Yadriel’s traditional latinx family has trouble accepting his gender and has blocked him from completing his quinces, a day when all the other brujxs will be blessed to assist lady death. Yadriel and his best prima, Martiza, decides to take matters into their own and host a private quince ceremony for Yadriel. But not long after the ceremony, the cousins sense the death of their cousin Miguel— and when Yadriel attempts to summon Miguel’s ghost—  he ends up with the ghost of Julian Diaz, a baddie from Yadriel’s high school.

Julian promises to let Yadriel lead him into the afterlife and assist him with finding Miguel, but they must check in on his friends first. What follows are some chaotic adventures, theft, scheming, and love. But as each day passes, Yadriel becomes more conflicted about releasing Julian’s spirit.

I LOVED THIS BOOK. How could I not love a book?!

Cemetery Boys is written in the third person and exclusively through Yadriel’s eyes and is set in East LA. Similar, to Zoraida Cordova’s Brooklyn Bruja series, Cemetery Boys also mixes in Spanish phrases for the Biliterate readers. Such phrases include slang and the spells that Yadriel and his family cast.

Aiden Thomas wasn’t playing games when they wrote this novel. Almost every character we meet hails from a different part of Latin America! Yadriel is Mexican and Cuban, his cousin Maritza, Puerto Rican and Haitian, and Julian is Columbia. I loved the way that Aiden Thomas diversified all the Latinx characters in this story because, as we know, some ignorant people believe all Spanish speakers originate from México .

Now that I gushed about the Latinx rep, I cannot forget to mention all the LGBTQ rep in this novel too. Besides, Yadriel, we see the other LGBTQ characters as Julian’s best friends. Which brings me to a big theme of this book, the found family! Julian’s crew of “bad kids” aren’t all that bad once you realize that they hail from broken homes, but that’s okay because they found a family in each other.

This novel is heavy on character development rather than the plot, so sometimes things get a little boring. I didn’t mind that so much because Julian is a clown and kept me entertained, but I did wish the story sucked me in more.

Alright now onto some of my favorite moments in this book. SPOILERS AHEAD!!

When Maritza and Yadriel swore at Lady Death, who just stood there while everyone died, was the most iconic thing I have ever read. I have no choice but to stan characters who fear nothing, including their sacred gods.

THE EPILOUGE. The first sentence of the Epilogue was so cute I had to reread it multiple times for the full effect.

I recommend Cemetery Boys for readers looking to add an own voices, LGBTQIA+, Latinx, dia de Muertos, YA paranormal romance, or for those looking for the perfect book to read for fall and Halloween.

Some content warnings for this book include transphobia, misgendering, mentions of a deadname, animal blood, human sacrifice, and dead parents.

until next time readers keep living in libros,