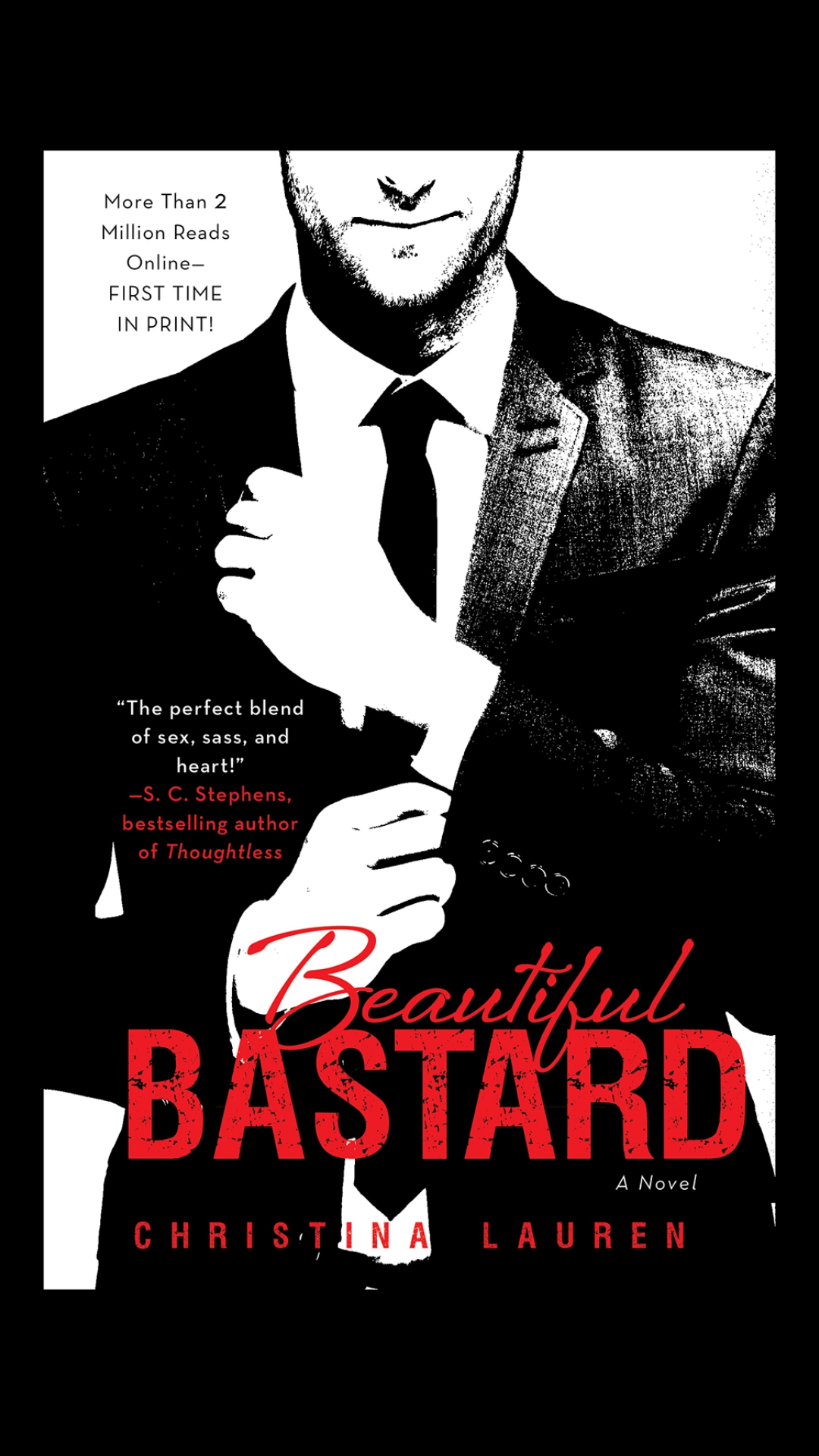 It’s been a while since my last post and safe to say the quarantine stress finally got to me. To combat it, I threw myself into sewing and watching animal crossing streams. That was great and all, but I was not able to focus on reading nor creating content for this blog.

I’m feeling much better now, and I hope to be able to get some bookish crafts up soon. For now, though, here is a book review for Beautiful Bastard.

Beautiful Bastard is one of the first books best writing friends Christina and Lauren published together. The first draft of Beautiful Bastard was a twilight inspired fanfiction written by Christina. Although readers won’t be able to tell while reading Beautiful Bastard. To read more about the origins of Christina Lauren, check out this interview.

Today Christina Lauren has published many romance novels, one of my favorite being Josh and Hazel’s Guide to Not Dating. If you have never read a Christina Lauren book but love romance and don’t mind smutty sex scenes, check out their books!

But, I did not like this book. It has nothing to do with Christina Lauren’s writing or the plot of this novel, it all came down to the love interest, Bennet. I straight-up hated him until the last third of the book.

Bennet is a big ol misongist which is not sexy at all!

“Like she was my toy and I was keeping the other boys in the sandbox from playing with her.”

I was rooting for Bennet to change midway through the book, but he did not. Even after, San Diego Bennett calls Chole Kid offhandedly to a client, and I wanted to puke.

Big Yikes do not call your girlfriend Kid, especially if you spent most of your time in the novel calling her a bitch.

I like to think I have a high tolerance for men with misogynist mindset because they’re sadly everywhere. But I wanted to quit this story.

I stuck around to see if Bennet would change and when he did, I decided to bump up my star rating. Once Bennet realizes he wants to date Chole, he stops being the big asshole from the beginning of this novel.

I wish Bennet continued to drink the respect women juice for the foreseeable future, but I trust him to listen to Chole now.

Chole isn’t an annoying character, but every time she decided to sleep with Bennet, I screamed. Not because I knew she was better than him but because Chole was left regretting everything. However all that regret, and confusion could have been avoided if she spoke to Bennet about it.

That being said a majority of this book revolves around Bennet and Chole having sex. There are some office scenes and reuniting with friends but most of those scenes ended with them naked. As much as I like reading the love scenes, I wish this book had more scenes with these two doing something else such as dinner dates, strolling down the street, and slice of life stuff like that.

My final rating for this book is three stars. My rating would have been higher if Bennet hadn’t angered me so much. The authors did a great job of creating a toxic man because I was ready to drop this book.

That concludes my review for Beautiful Bastard if you would like to follow me around the web, check out the links below.

Until next time continue living in libros,

Tell me about something exciting that has happened or that you wish will happen?
What's one of your biggest goals for the new year?
Have you read any Christmas books?
Is there a book you always try to read during December?
Have you read the Hollow Crown Duology (aka Incendiary and Illusionary)?
How was your Halloween?