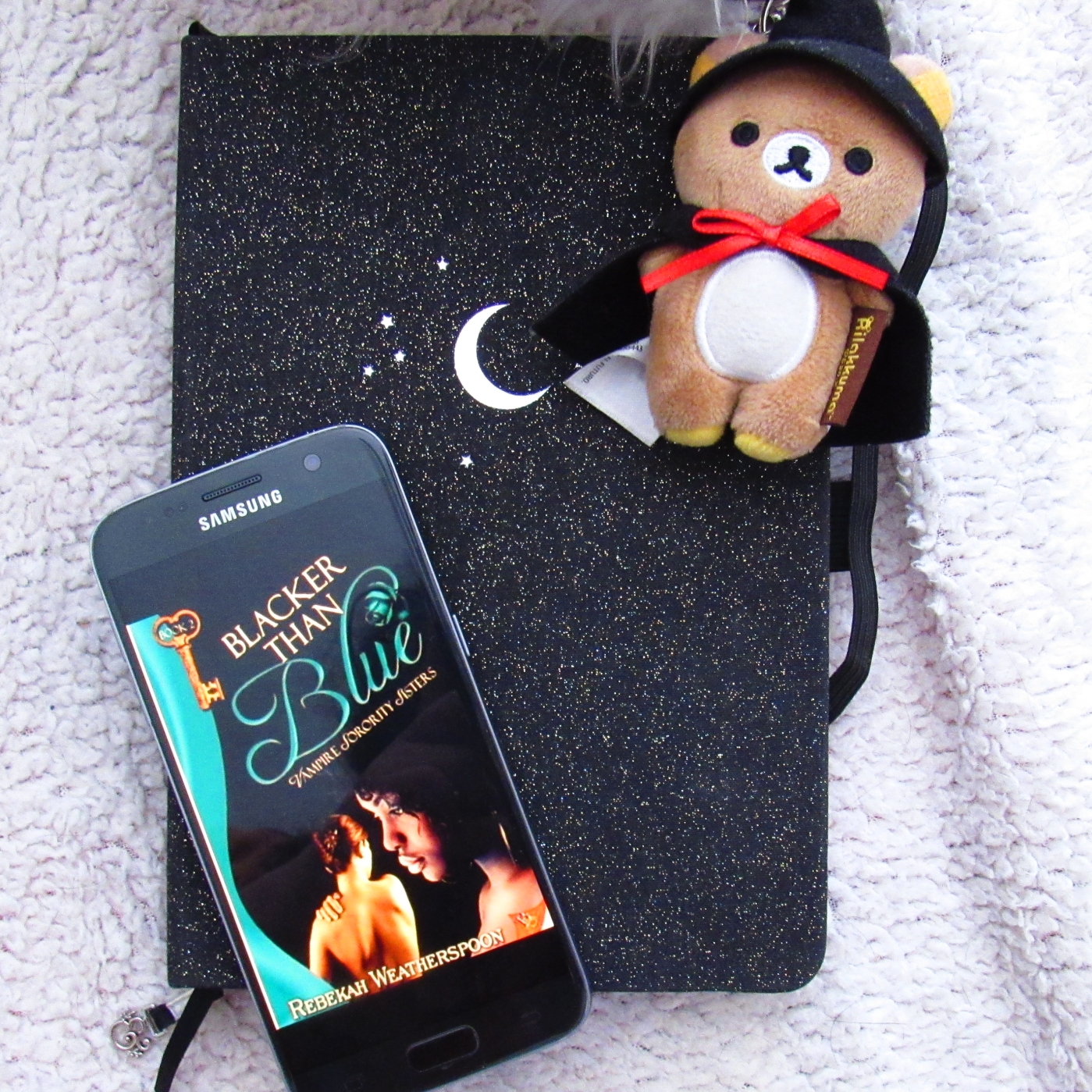 Hello readers! I am back with another smutty vampire review!

Three years after the events of Better off Red, Benny and Cleo continue to walk on eggshells around each other. They are exes with mutual resentment, bound to the duties of their sorority Alpha Beta Omega warring with their mutual attraction. Benny knows she needs to move on from Cleo, and with graduation looming, she’s excited for her next step into adulthood. Benny’s father sets her up with a powerful demon, and Benny’s instantly attracted. When Cleo finds out that she might lose Benny forever, she decides to put behind the pain and try to work things through.

I was very excited for this sequel to Better off Red because the way Benny and Cleo ended their relationship was very messy. They both hated each other, and Cleo became super close with her feeder Andrew and fellow sister queen Tokyo. Like group sex close.

The drama and animosity between Cleo and Benny is petty and I was here for it! Their problems could have been resolved with a quick conversation but they both refuse!

I was surprised to learn that their relationship is one of Dom and Sub and to be honest, I’m not a big fan of this dynamic, so I skimmed the sex scenes.

However, the plot was good!

I loved that Cleo does not give a single fuck and stands up to Benny’s dad, aka the most powerful vampires in the U.S! In Better off Red, we learn that Benny’s dad is scary AF, and all the sister queens respect him out of fear. In this sequel, we see that he’s a jerk and his love for Benny stems from revenge.

The conclusion to this story is very wild, and the plot twist really threw me off! It felt a bit rushed, but I did like the way it wrapped up Benny and Cleo’s story, so I’ll let it slide.

Content warning for this novel: mention of eating disorders, implied homophobia, use of gay slurs, and fat phobia, and slut shaming.

Until next time book lovers,

You can follow me around the web at these links

Scarlet the unhinged sequel to Cinder

Last week, I shared my review on Cinder, Marissa Meyer’s sci-fi Cinderella retelling. Well, the fairytales continue with it’s sequel, Scarlet. This time Meyer brings two new protagonists into the mix and a dreamy thieving pilot who brings the chaos. Scarlet brings the story of little red riding hood and the Big bad Wolf into…

Marissa Meyer’s Cinder is a science fiction Cinderella retelling with a sprinkle of sailor moon. Yes, that’s correct Sailor Moon! Cinder is more on the Young Adult side plot and character wise, but the sci fi element and the world of this novel is incredible!

An Electric Sequel to Neon Gods

Hey blog readers I have returned for another year of sharing and reviewing all things bookish. If you loved the novel Neon Gods, then you’ll probably enjoy its electric sequel as much as I did. Electric Idol is the dazzling sequel to Katee Roberts’ successful Neon Gods. These novels reinterpret the Greek legends many of…