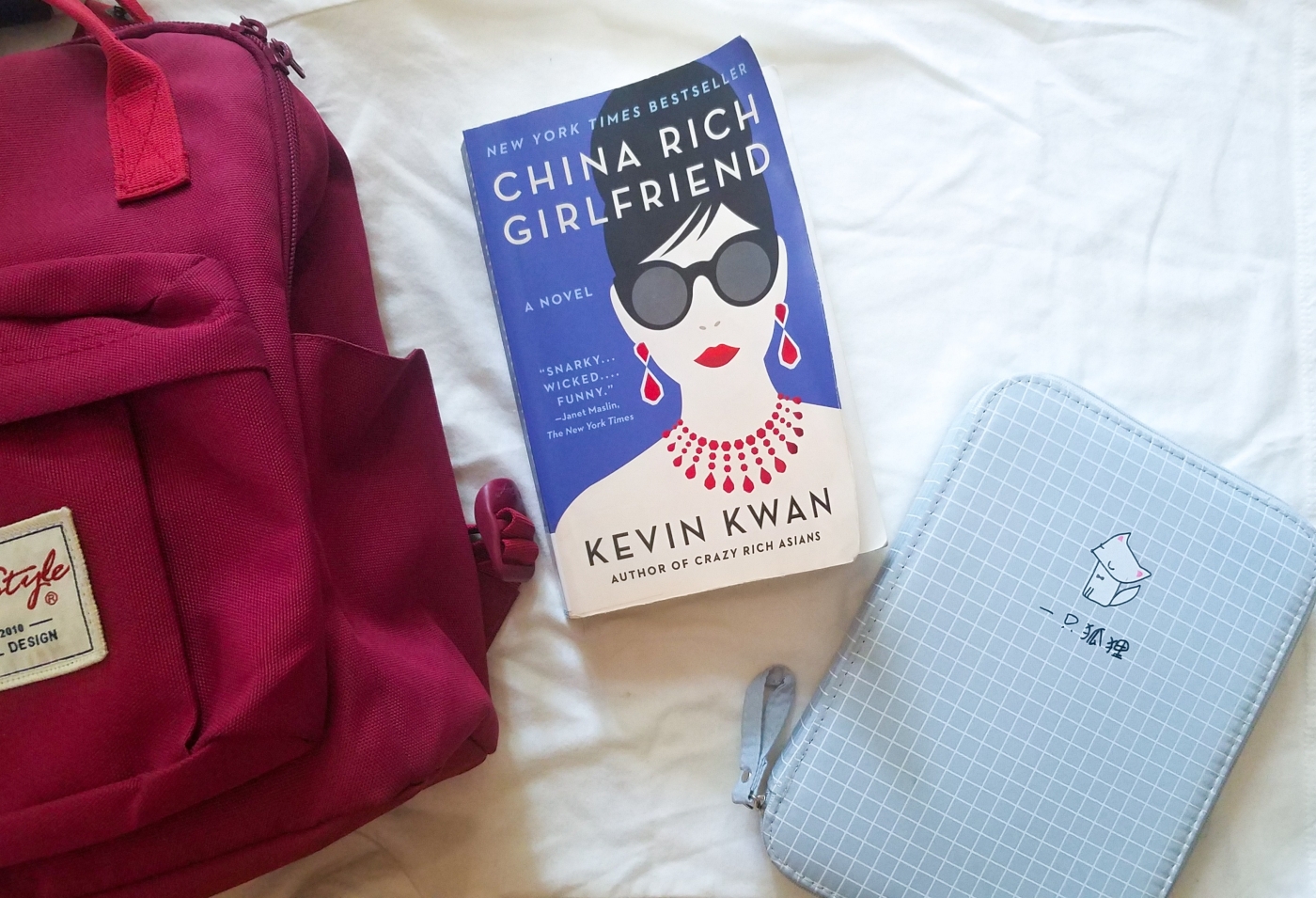 Are you impatiently awaiting the second movie to the Crazy Rich Asians series? Me too. So, I did what any another impatient person would have done, and I read the sequel. If you want to check out my review of Crazy Rich Asians, the novel you can do so here.

Two years have passed since Rachel almost ended her relationship with Nick Young due to his meddling family. Nick has since distanced himself from his family; speaking to everyone except his mother and his grandmother. His relationship with Rachel has never been better. Rachel is ecstatic to become Mrs. Nicholas Young, but she wishes her father could be there on her special day. False lead, after false lead, has led Rachel to think that maybe she will never know her father. However, Eleanor Young can find any one and to no ones surprise she finds Rachel’s father. As a result Nick and Rachel forgive Eleanor and she becomes a part of their lives again. But no one expected Rachel’s biological father to be China Rich aka Richer than God.

Just like in Crazy Rich Asians, China Rich Girlfriend tells the story of multiple rich families. I read Crazy Rich Asians in July, and I still managed to forget the names of characters and family relations. This time around, there was no family tree to guide me so, I got wrecked. However, I did figure it out, for the most part, so do not let that put you off.

For this review I want to explore Astrid’s story arc. Last we saw Astrid her ex-boyfriend Charlie Wu, had purchased Micheal’s company which saved their marriage, or so we thought. Michael does not know how to act with his new riches he goes as far as to covert the bottom floor of their new home into a personal museum for all of his cars. Which would not be so much of a problem if his ego wasn’t so big, I mean the man locked his child in a closet for playing around the cars, get a grip dude. Initially, I was a little happy for Michael, he always wanted the ability to buy Astrid one of her couture dresses and now he could but I never knew that would come at the cost of his values.

Michael is never wrong. When a deal with investors falls through, he blames Astrid because either she did not wear the right outfit, or her earrings looked too cheap. All in all, Michael is very manipulative, and their marriage is toxic. Astrid tries to understand her husband and give him the benefit of the doubt. She reason that his angry is only temporary and it will subside. She continues to follow this logic even when Michael continues to blame her whenever something goes wrong.

Astrid turns to Charlie again and she tells him all about her problems with Michael. Charlie is there for Astrid because he stills loves her, and he believes she no longer loves him, given that she will not leave her husband. Charlie is wrong, of course. Astrid is in denial about her feelings for Charlie and her husband’s behavior.

I almost wished movie Astrid could come to book Astrid’s rescue and deliver the iconic line to Michael again, “It’s not my job to make you feel like a man.” Check out the clip below.

However, book Astrid does deliver another iconic scene when she decides to leave Michael. Michael promises her that he will drag her and her family through the papers but he is wrong.

This reprimand is what Michael deserves.

My rating for China Rich Girlfriend is

I am very excited to read Rich People Problems hopefully I will be able to read it soon.

Until next time continue living in libros,

2 thoughts on “Michael sucks but we already knew that”