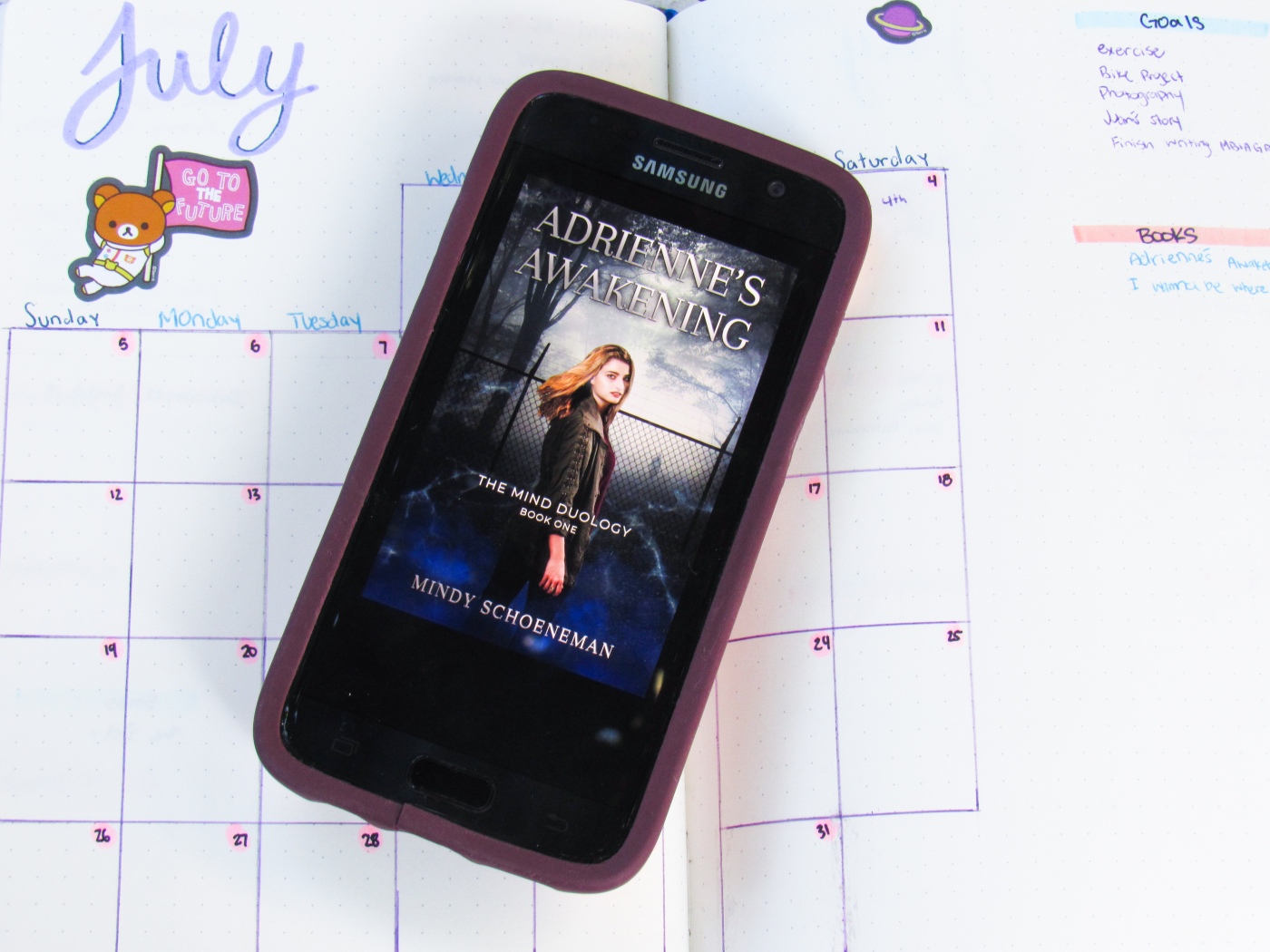 I received a copy of Adrienne’s Awakening from Shayla Raquel and Mindy Schoeneman and this is my honest review.

Adrienne is a regular college student. She has a close-knit family, two friends who can’t stand each other, and a self-centered boyfriend, Calvin. However, When Adrienne falls asleep, she dreams of inhabiting other people’s bodies. People who she has never seen before. Adrienne believes she has a vivid imagination until her grandmother reveals she is a mind reader and that she descends from a long line of mind readers.

Adrienne packs up her besties and her family, and they all go into hiding at a special research institute for other people with telekinetic abilities. While there, Adrienne develops her abilities and forms a plan to hunt the killer.

However, after Adrienne and her family went into hiding, I grew bored, and I chalked it up to being overwhelmed with current events. However, I think I was bored with the pacing of the novel. Adrienne has one lesson about learning to control her abilities and does not dive into them further. From then on, the plot focuses on solving the mystery of who is after Adrienne and Adrienne navigating her relationships with her family after learning that they’ve lied to her all her life.

I love character development, but I wished I got to read more about Adrienne developing her abilities.

Additionally, I was a little annoyed that the plot introduced characters and then forgot about them. For example, after Megan and Sawyer are introduced, they disappear for a good chunk of the novel until the end. Megan’s’ disappearance saddened me because Adrienne mentioned in the beginning that Megan and Parker hated each other. I liked this tension between her two best friends, and I wanted to explore that more, but I felt like Megan’s character was tossed aside so that Parker and Adrienne could build a romantic relationship.

Additionally, I didn’t see a point in Calvin’s character. After Adrienne breaks up with him and Calvin leaves town to give her some space, he never appears again. Calvin’s purpose in this story is to add conflict and to this story via his annoying presence.  Other than that, Calvin didn’t have a purpose. Add to that, Calvin sucks, so I was happy he disappeared. Maybe the author has other plans for him in the future.

The book ends on a cliff hanger, and if it weren’t for that reason, I might not have considered reading the sequel. But my curiosity is piqued, and I want to know what’s going to happen to Adrienne.

Overall, I give this book 3 stars. It’s alright a bit slow at times, but the telepathic aspect of this novel should keep you interested until the end.

until next time continue living in libros,