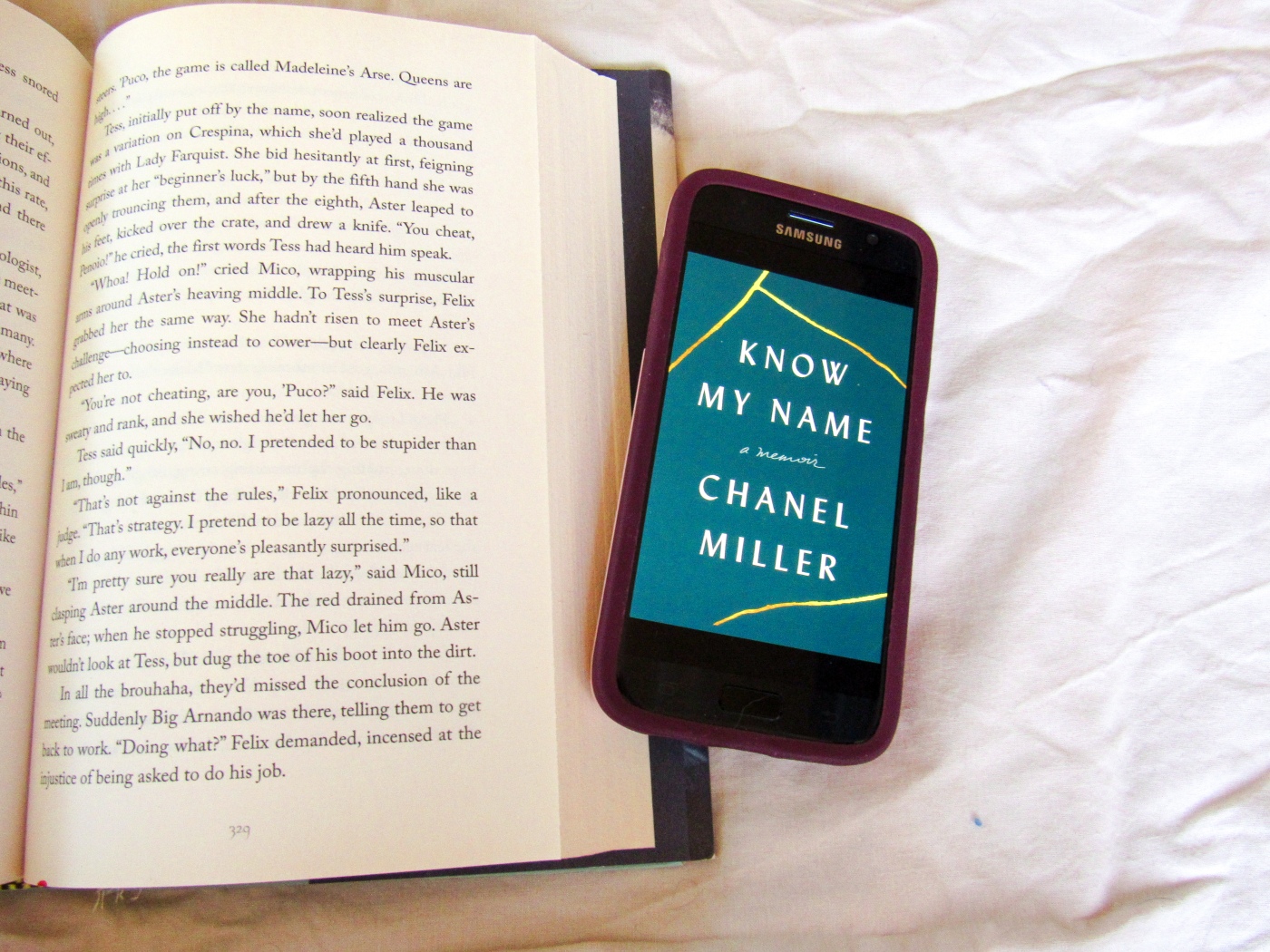 Many of us have probably read or heard about Brock Turner, a Stanford student who raped an unconscious woman behind a dumpster. During the trial, we only knew this woman as Emily Doe, until now. Chanel Miller pens and narrates her powerful Memoir, Know My Name, to finally tell her story and humanize herself after Brock and his lawyers defamed her.

Chanel begins her story the same day of her rape, she details where she went, what she ate, when she arrived at Stanford, what time she peed, and what she wore. These details feel insignificant and like they have no place in this story until you realize that these details are repeatedly asked during the trial. And if one detail can be proven false, then so can Chanel’s credibility.

Chanel blacked out before the assault, so she doesn’t remember how it happened, but she remembers waking up in a hospital confused with no underwear and pine needles in her hair. However, despite eyewitnesses and evidence, Brock and his attorney rewrite her story and it fools many but not to the people who matter. Eventually, Brock is convicted but his sentencing and his later appeal prove that his sincere apologies were bullshit.

Know My Name tells us everything we need to know about the case and Brock’s sentencing but interwoven between these two things are Chanel’s trauma and the events that rocked U.S history during this time such as school shootings, the 2016 election, the Me too movement, the Black Lives Matter movement, and Christine Ford’s trial against Kavanaugh. All of which come together to highlight the injustices of our (U.S.) laws and the failure of the court system.

Chanel writes her memoir beautifully, and I hope to see more books by her in the future because she’s a fantastic writer. There were many instances while listening to her that I was in awe at the way she casually interwove metaphors into this story and comedic relief.

Know My Name is a heavy story that will make many readers uncomfortable as well as force them to face the realities of the world we live in. This book is a must-read for everyone, especially for those of us who have been taught to normalize sexual assault by placing the blame on the victim’s clothing and their actions. No one asks to be raped.

CW for this book: Mentions of rape, suicide and school shootings.

If you are processing sexual assault here’s the number for the U.S’s National Sexual Assault Hotline

Until next time readers,