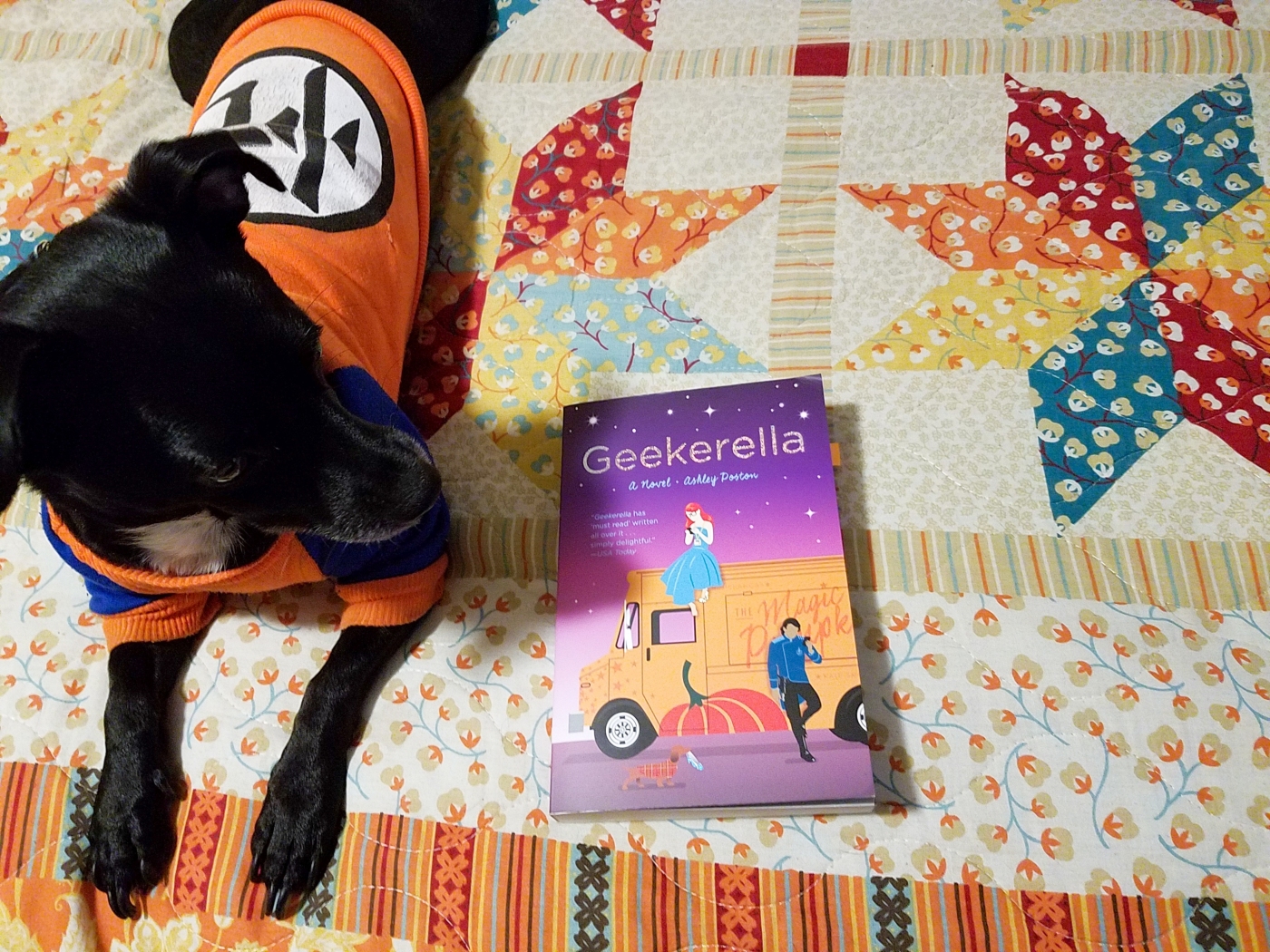 Today I am reviewing Geekerella, which if you’re a space obessessed Gal like me and you thought this book was going to be star wars-y you are half right!

Geekerella is about 17 year old Daniella who lives with her stepmom, whose mostly evil, and her two step sisters, who are evil most of the time. Geekerella follows the Cinderella trope evil stepsisters, evil stepmom while Cindy, this case Elle, has to tidy up the house. However, unlike the Cinderella trope Elle is also a huge nerd for this space show called Starfield. Starfield is similar to lots of space operas we know today such as Star Wars and Star Trek and like both of these real life fandoms Starfield gets a reboot. Which should make the fans happy right?

Wrong! A lot of the Starfield fans are straight up hating that this guy Darien Freeman from this overly romantic teen drama show has been casted as their beloved Prince Carmindor, Elle included. However, through a crazy turn of events Elle and Darien end up becoming text buddies and talk about all things Starfield. The only problem is they both have no idea they’re texting each others number 1 hater.

I loved Geekerella! Firstly the whole fan drama about whose being casted as your favorite character was super real. I remember the magician shade Whovians were throwing at the 12th Doctor. And the huge uproar that happened after Star Wars was sold to Disney. I mean I still encounter these salty fans online so I was very sympathic towards Darien.

And the whole Starfield Storyline was all up my alley. I love Space Princes and tragic love stories, cough star wars. And I was lowkey getting flashbacks to Ten and Rose when Elle brought up that scene where Princess Amara decides to save the world. I wonder if the author was inspired by them.

I also loved the whole convention aspect and the cosplay ball. Clearly I’ve been going to the wrong cons cause I’ve never heard of a cosplay ball but it sounds super fun! And I loved the moment when all the cosplayers decided to jump in and help Elle I though that was super cute and pretty accurate as cosplayers are usually super nice and supportive.

Lastly, Sage is a badass! She’s kind of the fairy godmother of this story but with less mystery which was totally fine. Sage knew how to work her own magic via her sewing skills and her crazy swerving in the Magic Pumpkin.