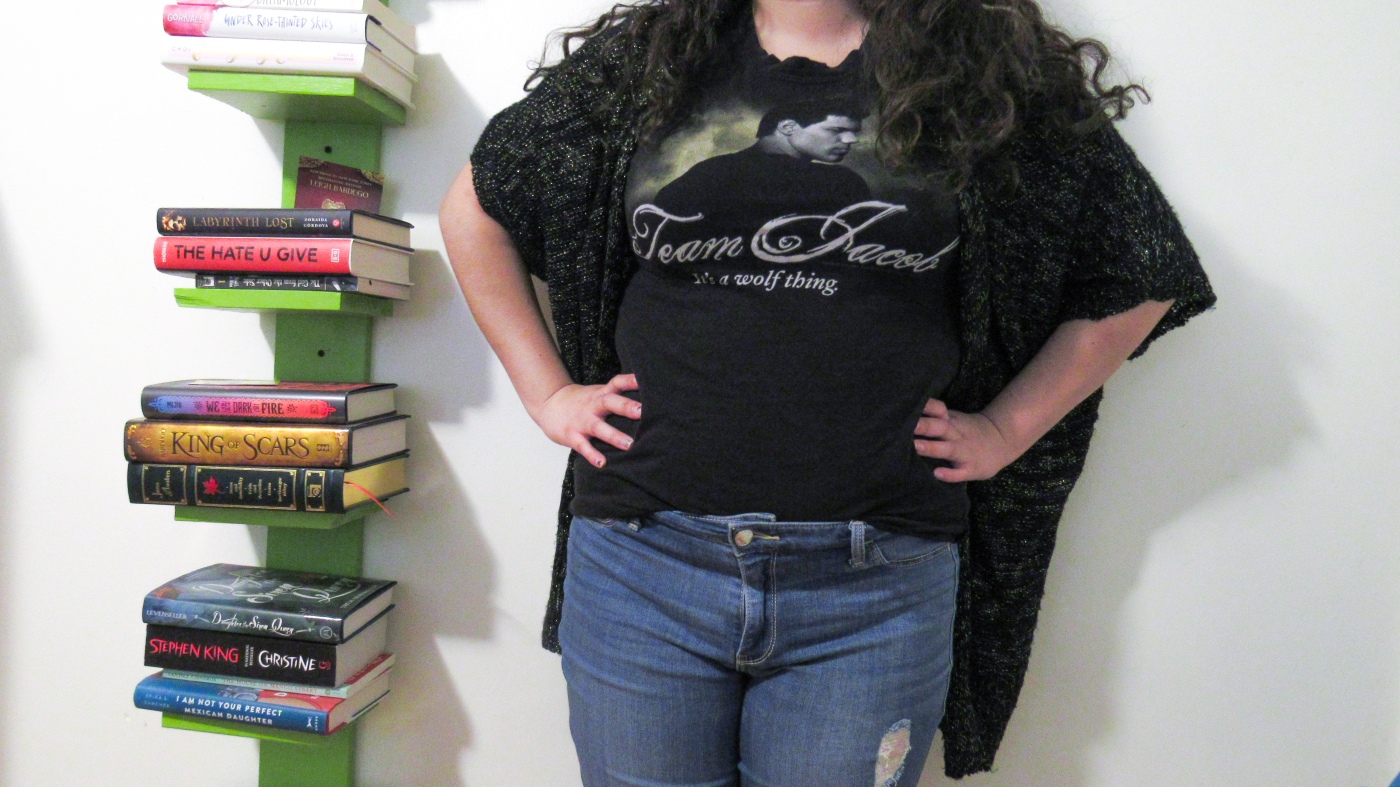 At 12 I proclaimed myself team Edward forever. Now at 22 I am not so loyal.

Today I will be reviewing the second installment in the twilight series, New Moon. Check out my review of Twilight here.

New Moon was my least favorite book in the series back when I was a teen, mostly because Edward was absent for most of it. As an adult, I have made peace with this book and have also realized that Edward is low key trash.

New Moon begins with Bella dreaming about becoming an old lady while Edward remains youthful. She wakes up from this dream, stressed out because it’s her birthday and she’s officially older than Edward. Later at school, she compares Edward to a pagan god and beats herself up for not measuring up to Edward.

Honey no! Love yourself!

Bella has some insecurities about their relationship and rightfully so, how do you date an immortal? You can’t.

After school, Bella forces Edward to sit and watch the 1960’s version of Romeo and Juliet. It’s during this rewatch that Edward begins to tell Bella what exactly happened last Spring when James was hunting her and Bella- like the caring person she is- ran away from her bodyguards, Alice and Jasper, to meet up with James. Edward recalls the sheer amount of hopelessness that he was feeling after losing Bella for those short hours, and he even goes as far as to tell her that he contemplated suicide if he hadn’t reached Bella in time. Edward tells Bella how easy it is for humans to die while a vampire can only really die via the Volturi.

I wanted to bring up this scene, not because of the sensitive topic but because it felt a bit manipulative to me. Sure Edward has the right to express his feelings but to say that human life is far easier to take just made me realize that their relationship is toxic.

Fast forward to her birthday party, Jasper almost bites her, Edward pushes Bella into a glass table, Bella ends up with stitches, and this incident convinces Edward that they need to break up.

So how does he do it?

By leaving her in the woods with no way to get back home!!!!

What a caca head.

Bella falls into a depression because Edward was her entire world, and the break up devastates her. Eventually, Bella pieces herself back together and decides to reach out to her old friend Jacob Black. Jacob is 16, at this point and maybe he’s a little naïve, and maybe Bella takes advantage of his kindness, but Jacob’s company helps Bella’s loneliness. And for that reason, I switched to Team Jacob. Their relationship was more friends to potential lovers but, we don’t get to see that happen.

Although, I praised Jacob for his actions that all changes when he is initiated into the pack. I quickly jumped ships when Jacob turned into a wolf and decided to ghost Bella, essentially taking notes from Edward. After Jacob’s transformation, he forgets all about being there for Bella and starts to focus more on the pack. Jacob’s attitude grows worse once Edward comes back. He even goes as far as to break the pact he made with Bella by snitching on her to Charlie about the motorbike she had Jake fix up for her just so Bella would be grounded.

As for Edward, Bella forgives him but she is hesitant to trust him again. Edward is aware of this and begins to communicate with her more. Although Edward still sucks in my opinion he does earn back some points for regretting the pain he put Bella through and apologizing.

This book was far more easy to maintain my attention and I loved all the scenes with Jacob and his friends.

Also we cannot forget that Charlie Swan is a great dad. Shout out to him for chewing Edward a new one and being awesome.

Stay tune for my review of Eclipse! I plan on reading it soon.

Update: After reading Midnight sun in 2020 I decided not to continue reviewing these novels.

Until then continue living in libros,

Check out these vampire novels

Midnight Sun put me to sleep

I am a fool for reading this. I wanted to salsify my curiosity for Midnight Sun, having read the leaked version long ago, but…

END_OF_DOCUMENT_TOKEN_TO_BE_REPLACED

Holly Black wrote a vampire novel?! Holly Black is best known for The Folk of The Air Series, where a sad prince falls for…

END_OF_DOCUMENT_TOKEN_TO_BE_REPLACED

Matthew and Diana just want to cuddle but their haters won’t let them: A review for A Discovery of Witches

By now, you must have noticed an influx of vampire novels I’ve been reading and reviewing, and that is because I had the genius…

END_OF_DOCUMENT_TOKEN_TO_BE_REPLACED

One thought on “Edward sucks, human Jacob is awesome, and I wish Bella would love herself. 😭😭😭”